One of the biggest factors on your studies in Australia will without a doubt be where you choose to study. Australia is a vast country with seven unique states and territories that differ in not only the lifestyle they offer but also in the average cost of living.

In January 2010, the basic rate of living costs under the migration regulations increased. Under these regulations, prospective student visa applicants and their family members must have

access to the following funds to meet the living costs requirements:

Housing and transport are two of the major costs affecting international students that vary around the country. Read on as Studies in Australia discusses the average cost of rental properties and public transport in the Australian Capital Territory, New South Wales, Northern Territory, Queensland, South Australia, Tasmania, Victoria and Western Australia so you can work out how much you will be likely to be paying in your preferred study location. 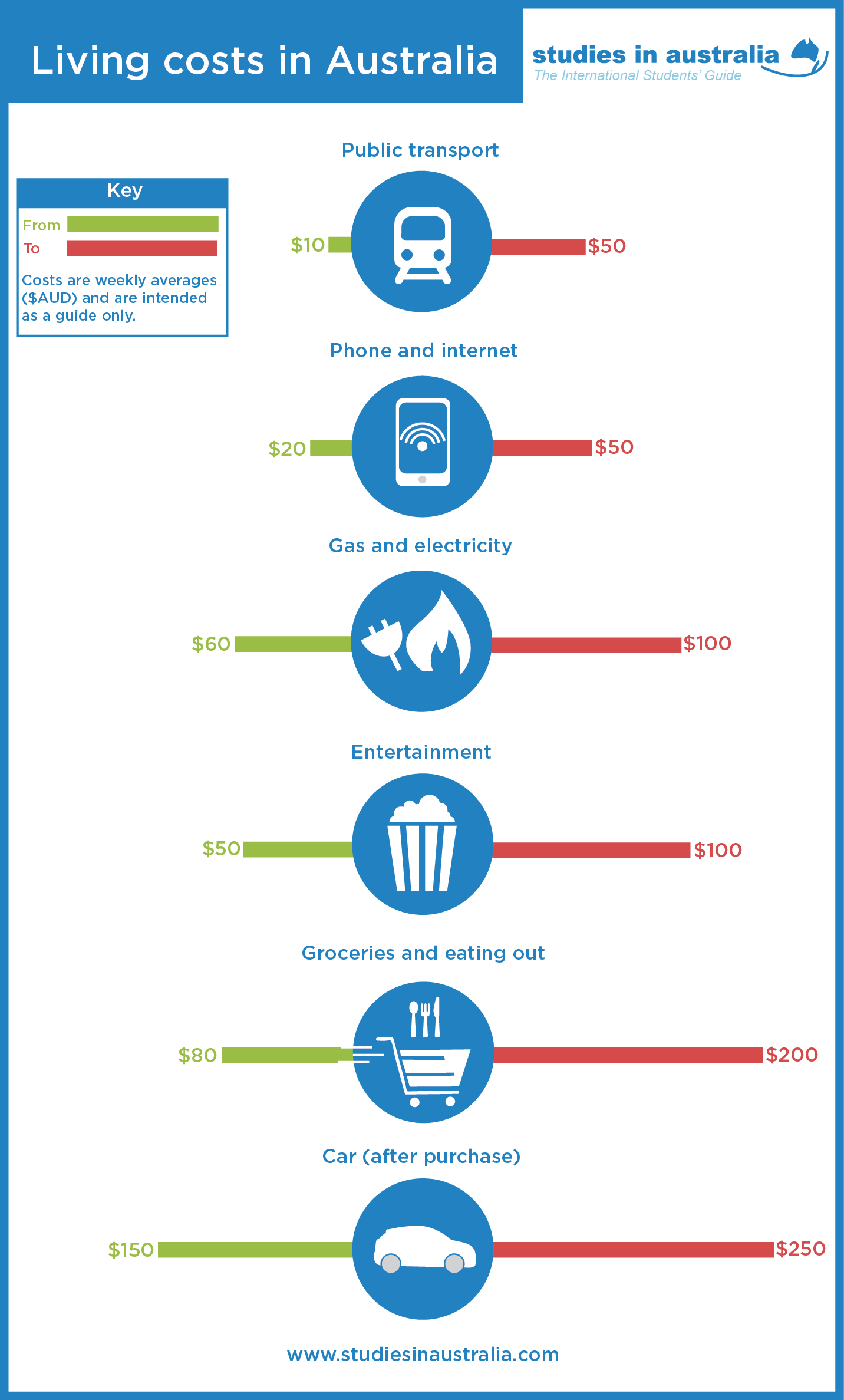