What to do in Melbourne: Sport

No matter where you've come from, you're probably aware thatMelbourne is a sport-crazed city. From four major football codes to hosting theAustralian Open tennis tournament every year, there is an abundance of sport tobe watched in the Victorian capital. 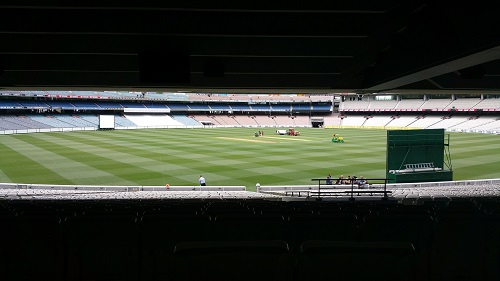 Melbourne is the home of Australia’s favourite sport and 10of the national competition’s 18 teams are based in Victoria. Seeing a match,preferably involving a high-profile club like Collingwood or Richmond, at the100,000-seater Melbourne Cricket Ground (MCG) should be on every internationalstudent’s bucket list.

The Ashes have come and gone but if you’re interested in thecricket, get along to the Big Bash League (BBL), with local teams MelbourneStars and Melbourne Renegades drawing big crowds. It’s exciting, only laststhree hours and is reasonably priced.

The first Grand Slam on the tennis calendar is theAustralian Open, renowned for its flair and hot weather. Running from January15-28 at Melbourne Park, the Open is nearing completion, with spectators ableto access all-day ground passes and see the best players in the world.

The world game continues to grow in Australia and the recentsuccess of the Socceroos should do nothing to dispel this rising popularity.Being surrounded by the passionate supporters is worth the price of admission,so get along to see the Melbourne Victory and Melbourne City derby, guaranteedto be entertaining.

Victoria has been blessed to host one of the most dominantteams in the National Rugby League (NRL) over the last decade. The MelbourneStorm play their home games at AAMI Park and feature three of the greatestplayers of the modern era in Cameron Smith, Cooper Cronk and Billy Slater.

The National Basketball League (NBL) has enjoyed somethingof a resurgence in popularity over the last three seasons, no doubt boosted bythe exploits of Australian players Ben Simmons, Matthew Dellavedova and PaddyMills in the NBA. You can catch Melbourne United at Hisense Arena or the StateNetball and Hockey Centre.

In February 2017, Suncorp Super Netball replaced the ANZChampionships and became Australia’s premier competition, fielding eight teamsincluding two from Melbourne. You can support the established Melbourne Vixensor the recently formed Collingwood Magpies, both of whom play their matches atHisense Arena and Margaret Court Arena.

If you're interested in reading more about what's going on around Australia, check out our Mini Adventures on Sydney, Adelaide and Brisbane.

Affected by the recent closure of private colleges?

Applying in Australia: A student timeline