The modern guide to Aussie slang 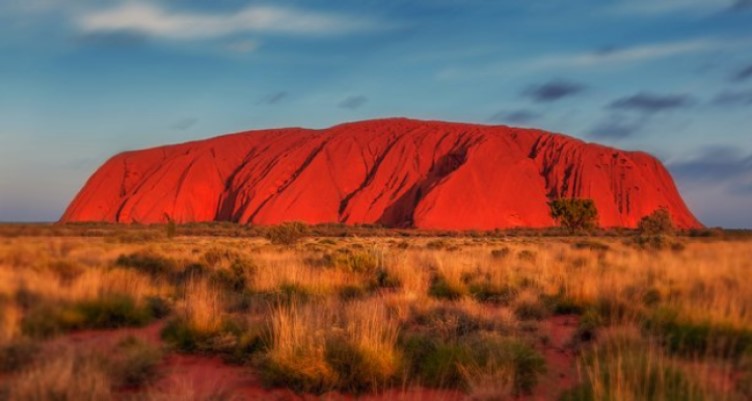 One of the first things you’ll notice about Australia will no doubt be the very unique speaking habits of its people. Australians speak fast, ‘chew’ words and skip pronunciation of letters – combine this with their penchant for slang and abbreviations, and you have a language that’s quite difficult to comprehend!

To solve this problem, we’ve created a guide to help you understand some of the most used slang words and abbreviations in Australia. Next time someone invites you to a barbie or tells you they’re going to chuck a sickie, you’ll know exactly what they mean!

Aggro: short for aggressive. Someone might get aggro if you take the last Tim Tam (see below) in the packet.

Ambo: this is an abbreviation of ambulance. It can refer to the ambulance driver or the service itself.

Arvo: short for afternoon. If you can’t tell, Australians like to shorten their words!

Avo: this is what we call an avocado. This is a good one to know, because smashed avo (mashed avocado on toast) is very popular in Australian cafes.

Barbie: this is short for barbecue. Barbie can be used in different contexts – it can mean the barbecue as an object, or you could be invited to someone’s house for a barbie (a meal consisting of barbecued food).

Barrack: if you barrack for someone, it means that you’ll cheer them on or support them. Aussie football fans will be very quick to tell you which team they barrack for.

Bathers: this is what Victorians call a swimsuit.

Beaut!/Beauty!: beaut, beauty or ‘you beauty’ is a very Australian way to say that something is great.

Bloke: another word for a man.

Bludger: an Australian term for a lazy person.

Bogan: the Australian equivalent of a redneck.

Boogie board: often seen in abundance on Australian beaches, a boogie board is a small hybrid surf board.

Bottle-o: this is what Aussies often call a liquor store.

Brekky: the first and most important meal of the day, Aussies call breakfast ‘brekky’.

Bring a plate: if someone tells you to ‘bring a plate’ to a party, they’re not asking for extra tableware. They’d actually like you to bring some food to share.

Brolly: an umbrella (or brolly for short) is an essential in Melbourne’s famously moody climate.

Bush: this is what Aussies call their countryside. The Outback is also used to describe the barren rural landscape.

BYO: this stands for Bring Your Own. You’ll mostly see this at unlicensed restaurants, where you’ll need to bring your own alcohol if you’d like to drink.

Cactus: if something is dead or broken, Aussies will tell you it’s cactus.

Choc a bloc/chockers: very Aussie ways to say that something is full.

Chewie: if someone asks you for some chewie, they’re looking for a piece of chewing gum.

Chuck a sickie: a worker who decides to take a sick day when they’re actually in perfect health is chucking a sickie.

Chuck a wobbly: this is Aussie speak for throwing a big tantrum.

Copper: a policeman or policewoman.

Crack (give it a): if you’re giving something a crack, that means you’re having a go.

Crikey: an exclamation of surprise is the best way to describe the uniquely Aussie term that is crikey.

Crook: a word that has many meanings depending on the context. If you’re feeling unwell, you could say you are crook. If someone is angry, you could say they’ve ‘gone crook’. Crook can also be used to describe a criminal.

Cuppa: if someone asks for a cuppa, they want a cup of tea.

Cut snake (Mad as a): this is an extremely Australian way to say that someone is very angry.

Dag: another word for a nerd or geek.

Devo: if someone claims to be ‘devo’, it means that they’re devastated.

Dipstick: an insulting term which translates to an idiot.

Divvy van: believe it or not, this what Australians call a police vehicle used for transporting criminals.

Doona: this is what Australians call a duvet.

Dunny: traditionally, a dunny is an outdoor toilet. However, dunny can also be used to describe a toilet in general.

Esky: an insulated container that is used to keep food and drinks cool. You’ll definitely see an Esky or two if you’re invited to a barbie.

Fair dinkum: this is a very Australian way to say that something is true or genuine.

Footy: short for football. It can mean Australian Rules football or rugby, depending on where you are in Australia.

G’day: a slang term for the greeting good day, which means hello.

Good on you: if someone says ‘good on you’, they’re telling you well done.

Goon: this is what Australians call cheap boxed wine.

Heaps: another word for many, loads or a lot. If there’s heaps of something, that means there’s plenty of it.

Knackered: this is a word Aussies use if they’re very tired.

Legless: if someone is legless, it means they’re very drunk!

Loo: another slang term for a toilet.

Maccas: continuing the Australian penchant for shortening words, Maccas is what we call McDonalds. If you’re heading off on a Maccas run, that means that you’re going to a McDonalds restaurant.

Mate’s rates: this is when an item is cheaper than usual price for friends and family.

Milk bar: the Australian equivalent to a small convenience store or corner shop.

No drama/s: this is Aussie speak for no problem.

No worries: same as no drama/s. If someone says ‘no worries’, it means that everything is fine.

On your bike: if someone is annoyed at you, they might tell you to ‘get on your bike’ – it essentially means go away.

Pav: the shortened term for pavlova, which is a popular dessert across Australia and New Zealand.

Pokies: a slang word for gambling slot machines, which you’ll find in casinos and pubs across Australia.

Pressie: short for present. If you give someone a pressie, you’re giving them a gift.

Put a sock in it!: a rather firm way to ask someone to be quiet.

Reckon: saying ‘I reckon’ is a very Australian thing to do. It basically means ‘I believe’ or ‘I think’.

Rellies/relos: the slang term for your relatives or family members.

Ripper: another way to say great. If someone is a ripper, it means they’re a good person.

Rock up: to rock up is to arrive. For example, if you rock up late to a meeting it would be considered rude.

Rug up: if you visit Australia during the winter months, you’ll often be told to ‘rug up’ – it means to keep warm.

Runners: this is what Australians call their sneakers or trainers.

Servo: short for service station, this is what Australians call a gas station.

She’ll be right!: a uniquely Australian way to say that something will be okay. If something goes wrong, Aussies will say ‘she’ll be right’ to keep their positive attitude.

Shout: to shout generally means to buy something for someone. You’ll often hear this term in Australian bars – people will ‘shout’ a round of drinks for their group. If someone tells you it’s ‘your shout’, that means it’s your time to buy!

Slab: this is what Australians call a carton of beer.

Smoko: a slang term for a coffee or cigarette break.

Snag: this is what Australians call a sausage.

Stoked: another word for happy.

Strewth: similar to crikey, strewth can be an expression of surprise or shock.

Stubby: Aussies call a short bottle of beer a stubby.

Stubby holder: this is an insulated sleeve that Australians hold their beer in to stop their hands from getting too cold.

Swimmers: this is what people from New South Wales call their swimsuit.

Ta: Australians will often say ‘ta’ in place of thank you.

Thongs: this is what Australian call their flip flops.

Togs: yet another word for swimsuit! You’ll find that the people of Queensland will use this word to describe their swimwear.

Too right: this is a term of agreement. If someone agrees with what you’ve said, they may say ‘too right!’ to let you know.

Ute: this is widely used across Australia to describe a utility vehicle.

Vegemite: a dark, salty yeast spread that divides opinion. It’s an acquired taste, so try a small scrape on a piece of buttered toast if you’ve never had it before.

Veg out: to veg out is to relax or chill out.

Whinge: this is an Australian term for complain.

Woop woop: if you’re in woop woop, it means you’re in the middle of nowhere. Some people also use this word to describe isolated country towns.

Yarn: having a yarn means you’re having a conversation with someone.

Yeah, nah: this essentially means yes, but no. Someone may say this if they’ve understood what’s been said but disagree with it.

Yewy: if you chuck a ‘yewy’, you’re performing a U-turn.

4 ways being bilingual can benefit your career

A world-class education and an enviable lifestyle? Your future has it all in Adelaide