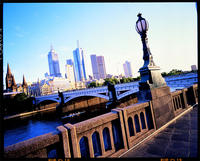 Melbourne came first for the second year in a row, with a near-perfect score of 97.5 per cent, leaving Vienna and Vancouver in second and third places. Adelaide, Sydney and Perth also made it into the top ten cities, while Brisbane was ranked number 20.

One of the main surprises in this year’s survey was Adelaide moving ahead of Sydney in the rankings. This was largely due to significant investments that Adelaide has recently made in its infrastructure.

The Economist Intelligence Unit ranks each city according to stability, health care, culture and environment, education and infrastructure. Australia’s low population density and investment in high-profile infrastructure developments have aided its consistently good performance in the survey in recent years.

An international student’s guide to changing courses and education providers

Applying for a scholarship to study in Australia