Where to celebrate Chinese New Year around Australia 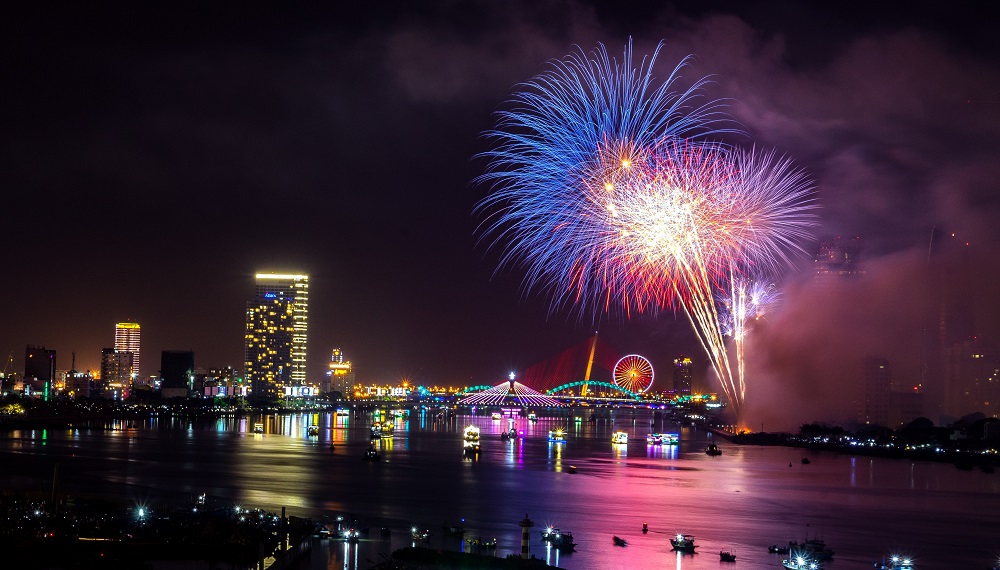 It is one of the world’s largest cultural festivals, and constitutes a major holiday in many regions around the globe. It also begins today – yes, we are talking about the beginning of the Lunar New Year (starting on Tuesday 5 February)!

Lunar New Year, which is commonly known as Chinese New Year, is a celebration of the beginning of a new year on the traditional Chinese calendar. Many Asian countries celebrate their own versions of Lunar New Year, resulting in a melting pot of celebrations that focus on tradition and culture.

There are a range of vibrant and exciting festivities planned across Australia to help welcome in the Year of the Pig, so we’ve compiled a list of the celebrations occurring in each capital city. Whether you’re intrigued by traditional song and dance, dragon parades or culinary delights, there is bound to be a festivity that entices you!

Victoria’s capital is playing host to a 15-day Chinese New Year Celebration, which includes the famous Dai Loong Big Dragon Parade (Sunday 10 February) and the Chinese New Year Dragon Boat Festival (Saturday 16 February and Sunday 17 February). Melbourne’s celebrations are situated in several locations around the city and cover everything from cultural performances and lion dances to cooking demonstrations and Chinatown street parades. Make sure you head over to Melbourne Museum to catch the Closing Ceremony on Sunday 17 February!

Sydney’s Lunar New Year celebrations are focused around the Sydney Lunar Festival, which will treat spectators to cultural events, markets, tours and exhibitions. The city’s iconic harbour plays host to much of the spectacle – the Lunar Lantern exhibition has taken over Circular Quay, while Darling Harbour is home to the famous Dragon Boat Race.

You are spoiled for choice when it comes to Lunar New Year celebrations in Brisbane, with Chinese, Vietnamese and Korean festivals occurring at various spots across the city. The Chinatown Mall celebration includes a mix of traditional performances and exciting festivities, with everything from firecracker shows to lotus dance groups on the schedule.

The South Australian capital hosts their annual Lunar New Year Street Party on Saturday 9 February across Gouger and Moonta Streets in the city’s Chinatown region. Attendees can snack on food and drinks from local traders as they enjoy traditional Chinese performances and martial art displays. Adelaide has plenty of other celebrations on offer, including the Rundle Mall Festivities and the Chinese New Year Concert presented by the Adelaide Symphony Orchestra.

If you want to celebrate the Year of the Pig over in the West, head down to the Chinese New Year Fair in Perth’s Chinatown. Run by the Chung Wah Association, this celebration features parades, cultural activities, lion and dragon dancing, concerts, rides and food stalls.

The nation’s capital wraps up its Lunar New Year celebrations with the traditional Lantern Festival in Beijing Garden. Colourful lanterns, which you can bring yourself or purchase at the event, will light up the sky to mark the end of Lunar New Year celebrations. Canberra’s National Multicultural Festival, which is running across the weekend of 15 February to 17 February, also pays homage to Chinese New Year through an array of performances, events and food stalls.

Lunar New Year celebrations are aplenty in Hobart, with many traditional and cultural festivities on the agenda. City Hall plays host to the Chinese Lantern Night on Saturday February 16, where you can enjoy multicultural dance performances, fashion shows and Chinese folk music. The City of Hobart website details more celebrations, including the China Translated exhibition and the Tasmanian Chinese Lantern Festival.