International students in Australia: A local’s guide to Melbourne

The Student Housing Company (TSHC) is an award winning student accommodation company, withpurpose-built properties opening around Australia, including in Melbourne andPerth. Their first building, University Square, is due to open in July 2018 andis within a few minutes walking distance of RMIT and University of Melbourne.Located in Carlton, the Display Suite is now open and available for you to havea look at a Premium Studio and experience the brand. TSHC's vision is to changestudents’ lives while providing a better approach to student accommodation,with convenience, quality and value for money. Good Education Group is pleasedto partner with TSHC and we look forward to the benefits this will bring toboth domestic and international students.

What is life really like for international students in Melbourne? The city is famous for its culture, food and sport. However, if you're interested in making the move to Melbourne, we understand that you want to know the real ins and outs of being a student in this city. Therefore, we've created an international student's guide to living costs, work options and university life in this city. We've also included a heap of local knowledge, so you can get to know the real Melbourne lifestyle.

Cost of living in Melbourne for international students

Overall, the average living cost for a student is calculated to be around $20,000 a year. The Insider Guides Cost of Living Calculator is also a pretty handy tool to estimate living costs in Australian cities depending on your individual spending. 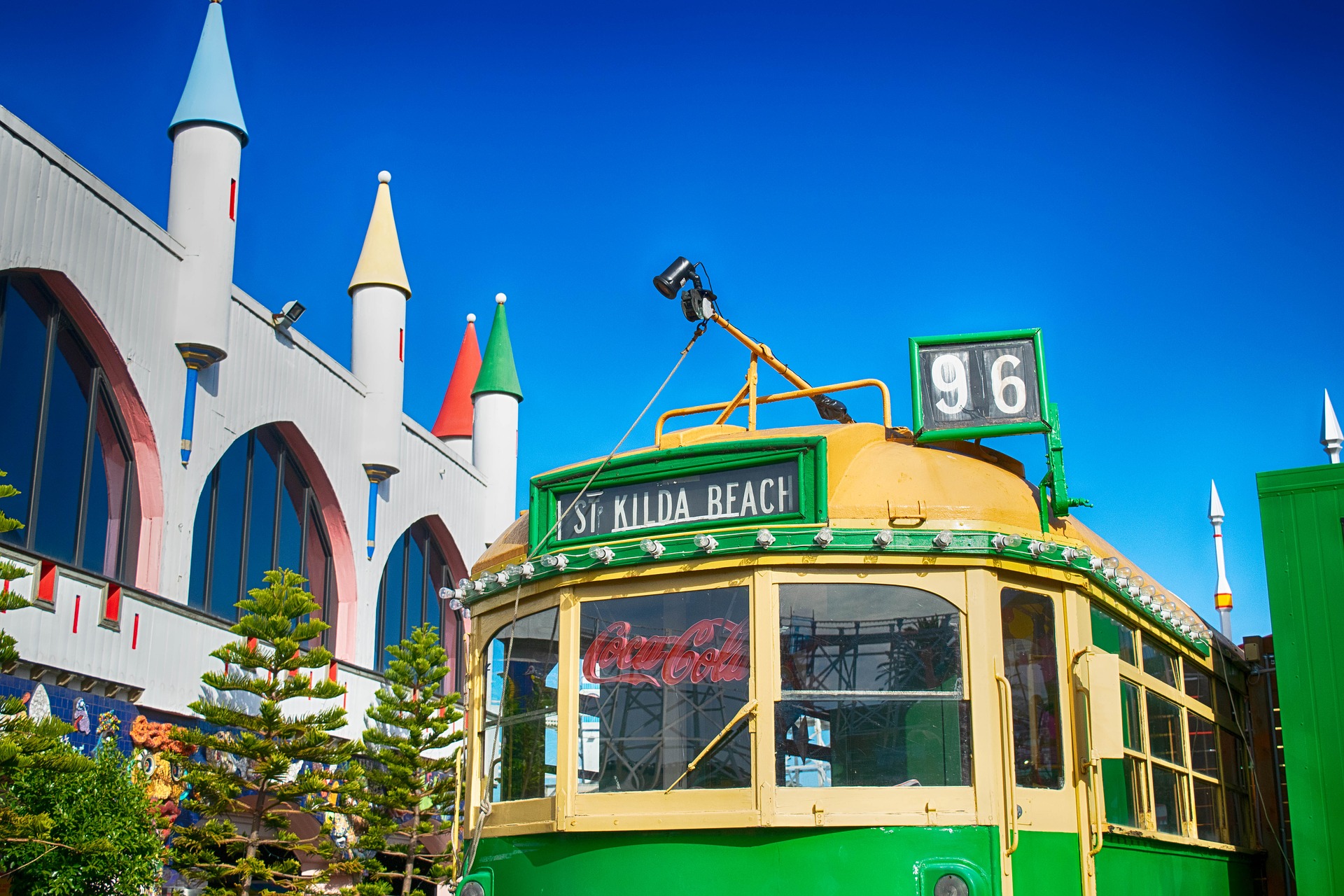 Working while you study

While you are spending money on living costs in Australia, you will also have the ability to earn money while on an Australian Student Visa. International students are allowed to work up to 40 hours a fortnight during the semester and full time on holidays.

Some common jobs for international students in Australia include:

If you decide to work in Australia you will need to get yourself an Australian Tax File Number (TFN). Although anything to do with tax can sound daunting, getting a TFN is actually very easy and this can be done online.

Universities in Melbourne and how to get involved

Your university will provide you with a world of opportunities to help you get involved and settled once you arrive.

Universities in Australia plan orientation weeks, known as 'O-Weeks' to help you get familiar with the university. Activities are organised to show students around campus and help students get to know each other. Your orientation week will be one of the most important weeks of your university experience. They generally run in the last week of February before semester starts, but make sure you check your university's O-Week schedule so you don't miss out!

All universities will have an endless list of student organisations, clubs and societies. Some groups are based on courses, languages or sports; however, they are often just a group of people who share a common interest. We have everything from wine to pirate societies, so there's always something for everyone!

Melbourne is famous for its trams, but the city also has trains and buses. All of the city's universities are well connected through the Public Transport Victoria network.

To use public transport in Melbourne you will need your own Myki, which is a single travel card that works on trams, train and buses. International students in Melbourne are eligible to receive an iUSEpass which allows students to purchase a half priced annual Myki pass. A regular, annual Myki costs $1,599, however an annual Myki is $799.50 with an iUSEpass.

Melbourne's trams are free within the city centre and public transport runs 24/7 on weekends.

The central business district of Melbourne is a bustling hub full of different cultures. For international students, Melbourne is easy to navigate as it has a grid structure, so it won't take you long to know your way around the streets just like a local. This area of Melbourne is famous for its laneways, excellent shopping and endless cafes and bars. The city also has a thriving Chinatown with an abundance of Asian food joints and stores.

Just a couple of tram stops away from the city is Carlton and Parkville, the areas surrounding the University of Melbourne. Although it neighbours the CBD, this area doesn't have as many tourists or crowds as the city. Instead Carlton is known for being a trendy area of Melbourne and it is where many of the city's most popular cafes are located. Carlton is also home to Lygon Street, a strip dedicated to authentic Italian cuisine where there is pizza, pasta and gelato as far as you can see. The Student Housing Company's University Square is also located in Carlton, just across the road from the University of Melbourne.

Other notable areas of Melbourne for students include:

Brunswick — known for its cool vibe, mix of cultures and social venues along Sydney Road

Safety and security in Melbourne

According to The Economist, Melbourne was the fifth safest city in the entire world in 2017. Australia as a whole is a generally safe country with low crime rates and political stability. International students in Australia can feel confident that they will be accepted and respected in Australia, due to its extremely diverse culture.

Melbourne also has Protective Services Officers, which are a part of a great public transport safety initiative. These officers are employed to patrol public areas, and in particular train stations. This means Melbourne commuters feel safe at any time of the night catching public transport. 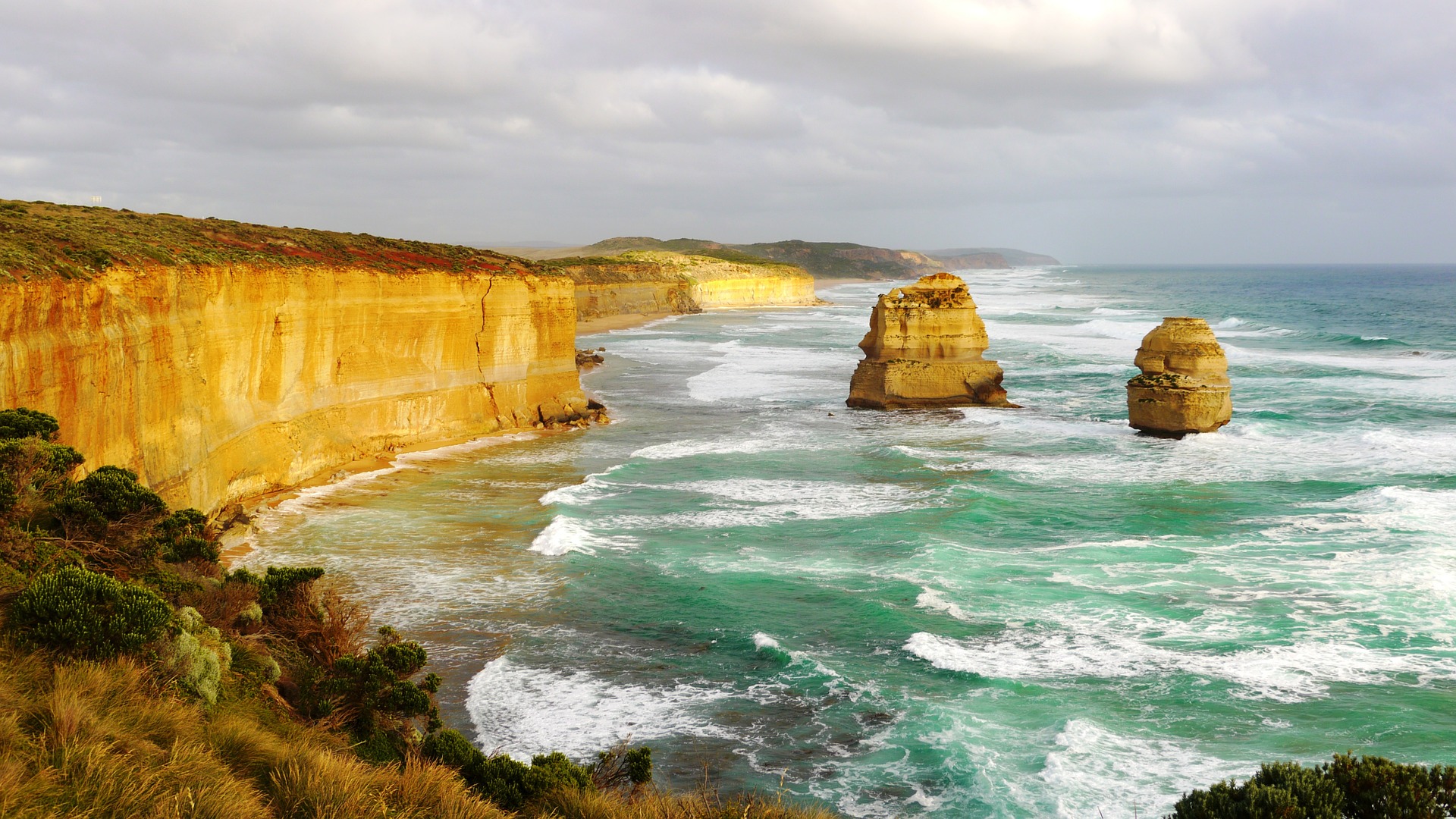 Year-round Melbourne has four distinct seasons; however, the city is also known for often having four seasons in one day due to its unpredictability. Melbourne winters are chilly with an average temperature on 10°C but the city starts to warm up through September in time for Spring Racing festivities. The summer months have hot days and balmy nights with the average temperature in January being 21°C. For international students, the Australian heat can be a shock to the system, so we recommend staying hydrated and always lather on the sunscreen.

The city's main shopping district is in the CBD, where shoppers can make their way through a flow of large shopping centres. These shopping centres host all of the world's biggest brands alongside Australian boutique designers.

The city also has large shopping centres including Chadstone, which claims to be the biggest shopping centre in the Southern Hemisphere. If you're looking for a bargain, there are Direct Factory Outlet locations in South Warf and Essendon. It's also worth checking out some markets in Melbourne, such as the Rose Street Artists' Market or the Camberwell Sunday Market, which have vintage finds and unique items made by local artists.

Other shopping strips include the Chapel Street district, Brunswick Street in Fitzroy and Bridge Road, Richmond.

Melbourne is home to some huge sporting events. Firstly, the Australian Football League Grand Final takes place at the Melbourne Cricket Ground every September. This event creates a lot of buzz about the city and the day before the Grand Final has officially even officially been declared a public holiday!

Melbourne is also the only city in the world to host both a tennis grand slam and a Formula One race. The Australian Open, Formula 1 Grand Prix, Boxing Day Ashes Test and the Melbourne Cup all draw huge crowds to this city every year from around the world.

Culture in Melbourne revolves around art and music. What's special about this city is that our art culture is not confined to galleries and museums; some of the most interesting artwork is on our streets. Laneways in the city and streets around Fitzroy are iconic Melbourne locations for street art and graffiti. Art exhibitions also come from all around the world to galleries such as the National Gallery of Victoria, The Ian Potter Centre and the Australian Centre for Moving Image.

Live music can be found in all areas of the city any day of the week. Music venues such as The Corner Hotel and Cherry Bar run acts from Monday through to Sunday, whilst summertime in Melbourne is jam packed with music and arts festivals.

Life as a student in Melbourne is full of opportunities. From university life to cultural events this city has an endless list of activities and places to explore. As an international student, you will be greeted by a city that has something for everyone, and in such a multicultural place, you will never struggle to find some comforts that remind you of home.

Hopefully this blog gave you a good insight into what it's like to study in Australia for international students; and if you are interested, contact us to find out more about student life and student accommodation options in Melbourne.

Top 10 things Melbourne has to offer