Five reasons you should study in Melbourne

Have you ever considered studying in Melbourne? You’re not the only one. In fact, roughly a third of the city’s 300,000 university students are from overseas, and play a major role in Melbourne’s multicultural identity.

Named the world’s most liveable city every year since 2011 by the Economist Intelligence Unit, Melbourne offers a bevy of benefits for international students. Here are our top five picks.

Melbourne’s café culture is well known but there are so many options beyond the packed laneway options in the CBD that attract flocks of tourist. While there are some great places in the city, a short trek to the likes of Richmond, Fitzroy, South Melbourne and Collingwood will give you access to some of Melbourne’s best eateries and coffee, while suburbs even further out (Camberwell, Preston, Essendon) have plenty to offer as well.

Competition is heating up in the battle for Australia’s cultural capital and Melbourne is undoubtedly in the hunt. The National Gallery of Victoria, a vast array of specialised festivals and street art littered across the city are just a few of the cultural offerings popular with students.

The Victorian capital is a secure place to live and it’s not just according to locals. The Economist Intelligence Unit gave Melbourne a score of 87.30 on the Safe Cities Index last year, which saw it ranked fifth in the world behind only Toronto, Osaka, Singapore and Tokyo.

You can have all the cafes and art in the world but without access to a good education, there’s no point for students to move to a city. Fortunately, Melbourne has a stack of universities, including some of the best in Australia, TAFEs and private providers.

Adjusting to a new country is naturally difficult for students but one of the perks of Melbourne is its multicultural population. With huge numbers of international students from China and India and suburbs renowned for their ethnicity (think the Italian community in Carlton), there is a variety of people from different cultural backgrounds. 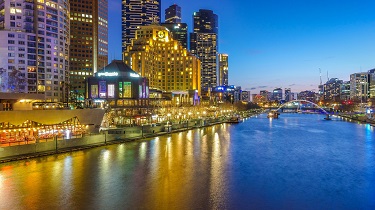